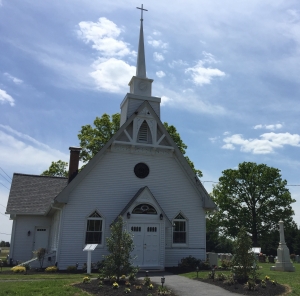 St. Michael’s Church was founded in 1879 by an unknown priest—at least he said he was a priest. This mystery man dressed in the attire of a Catholic clergyman, approached Mr. Lilbourne P. Kuhn, who owned property on what is now Hardy Road and St. Michael’s Road, and requested that Mr. Kuhn let him use his residence to say Mass. He informed Mr. Kuhn, who was not a Catholic, that Pope Leo had recently proclaimed that “Wherever there were Catholics with no church to worship in, Mass should be celebrated once a month during Lent.” This was not true, but Mr. Kuhn not knowing differently, agreed to the use of his home. The young priest ate dinner with the Kuhn family and left the next morning. He was never heard from again. 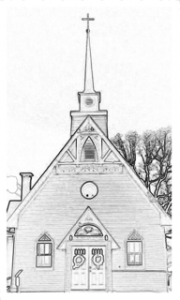 Mr. Kuhn checked with the bishop, but no one had any idea who the “young priest” was, where he came from or where he went. However, thinking the priest would return, Mr. Kuhn proceeded to advertise in Mt. Airy and Woodbine, that Mass would be celebrated the following Sunday. Twenty Catholics gathered as planned on two succeeding Sundays, but a priest never arrived. So the group just sang hymns. Hoping to get a priest on a regular basis, Kuhn contacted the bishop, the superior of St. Charles College in Baltimore and the rector of Woodstock College. The Rev. Charles Ferrari, S.J. was sent to look into the matter and became the first priest to say Mass for the small gathering at Mr. Kuhn’s home. At this time, Mr. Kuhn and two of his children were baptized.

Mr. Kuhn then donated the ground for both the church and cemetery which are still here today. On June 12, 1880, the cornerstone was laid for St. Michael’s Church (the building now known as the “Small Church”). On October 18, 1880 the first Mass was celebrated by Rev. Edward I. Devitt, who three years later became St. Michael’s first regular pastor.

Among the artworks in the new church are the sanctuary crucifix, especially commissioned for St. Michael’s statues of the Holy Family and St. Michael, and stations of the Cross. The bell from the original small church has been electrified and installed in the bell tower of the new church. 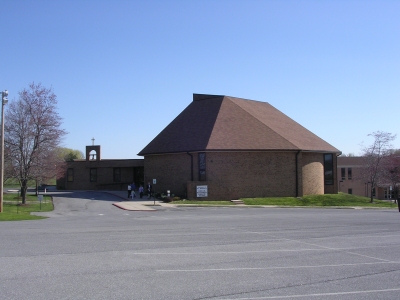 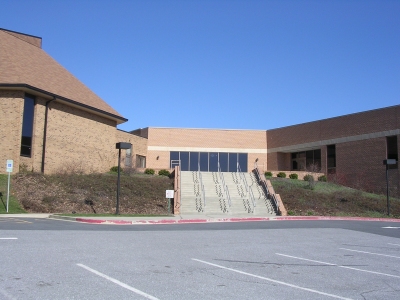